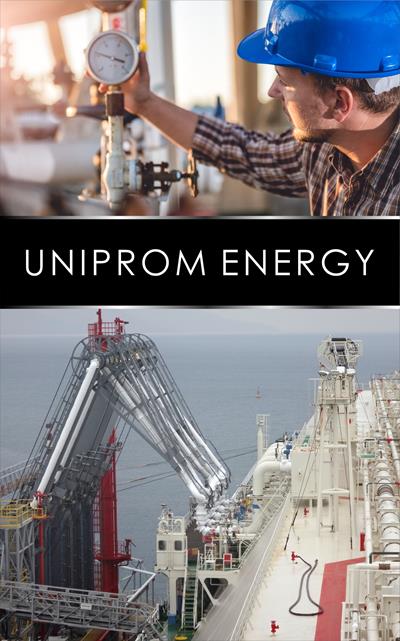 Uniprom Energy's goal is to locate and capitalise on opportunities / prospects for the development of the natural gas market in the Balkans (in general) and Montenegro (in particular). It is focused on the development of a new natural gas supply infrastructure to the Balkans, based on the region's need for ensuring energy stability and transition to an ecologically clean fuel.

-- Governmental support in many countries of the region (green tariff), municipal initiatives to transfer vehicles and public transport to natural gas

-- Undeveloped natural gas transmission infrastructure (gas pipeline) – Serbia, Bosnia and Herzegovina, Croatia. However, Serbia is one of the European leaders in pipeless deliveries of CNG to industrial enterprises and transport

-- Non-existence of any nearby LNG terminals

Montenegro is a strategic location for the construction of an LNG terminal and to be the basis of a future gas transportation infrastructure in the Balkans.

It is located near the regional natural gas consumption hubs, optimal logistics from the key LNG terminals: Fos-sur-Mer (France), Skikda (Algeria) and the non-existence of any nearby LNG terminals.

US Ambassador to Montenegro, Judy Rising Reinke and Assistant to US Secretary for Fossil Energy, Steven Winberg , visited on 8th February 2020 Uniprom KAP, which is the only company in the region which has installed all the necessary, environmentally certified, liquefied natural gas-LNG installation.

The General Manager of Uniprom KAP, Nebojsa Dozic, acquainted the American delegation with the development plans and investments of Uniprom KAP, and especially with the projects that involve the use of LNG.

"This investment was realized with the use of modern technologies. All negative parameters in production, generated by the old way of working, and which were connected with the poisoning of the environment, were reduced by 70 percent, by means of an investment of over five million euros. The gas infrastructure was installed throughout Uniprom KAP, which significantly contributed to the great interest of foreign investors," Dozic pointed out.